The Czech reformers have shaped their views on this process so that it is impossible to create and modify a complex system through politically organized structures. The process of transformation should be a mixture of constructivism and spontaneous evolution.

During the communist period in the Czech Republic, black metal industry, which worked almost entirely on imported raw materials, occupied a disproportionately large share. Other areas that prevailed were heavy machinery and military industry. Foreign trade was subordinated to the CMEA directives, was oriented at the needs of the USSR, and compared to developed countries was negligible.

The Czech Republic, unlike Slovakia, was much better industrialized. The main branches were fuel and energy, metallurgy, mechanical engineering, chemical industry, light, and food industries. The country’s economy had a well-developed services industry – primarily tourist and financial. The share of agriculture and forestry, as well as in the mining industry, was negligible and continues to decrease.

Even before the collapse of Czechoslovakia, in 1990-1992, the government that came to power began to implement fundamental changes. The budget was adjusted, the centralized regulation of most wholesale and retail prices was abolished, the freedom of private entrepreneurship was granted, the state monopoly on foreign trade was abolished. Also, government expenditures were cut significantly.  The Czech Republic managed to reach the budget surplus in the first years of transformation (4% of GDP in 1990 and 6.4% in 1991). In January 1993, the tax system introduced a system of value added tax.

To a large extent, state institutions were re-structured, eliminating some and significantly changing the roles of others. An important step was the devaluation of the national currency. The Czech koruna was equated to a real exchange rate that existed at the time in the black market. This step significantly facilitated the transition to price liberalization.

During the 1990s, small and large privatization, as well as the restitution of property, nationalized after the arrival of the Communists in 1948, took place. However, as in many countries, privatization was a complicated process, because, due to the lack of domestic investors and a small number of international companies, companies were often sold at below market value. As a result, the state’s share in GDP fell from 97% to less than 20%. The opening of the country’s industry to foreign capital has triggered an influx of foreign investment: the country quickly became a leader not only in Central and Eastern Europe but also on an international scale.

The success of the reforms allowed the Czech Republic to become a member of the EU in May 2004. Consequently, the country’s economic growth accelerated significantly and, despite rather populist economic policies of several governments, reached 6-7% per year. The share of industry in GDP, which in 1990 was 62% and then fell by half, is now growing and reaching 38% – a rather rare phenomenon among developed countries.

Ferrous metallurgy and the military industry have diminished their importance in favor of automobile and electrical industries. The development of the latter allows the Czech Republic, since 2004, to have a positive foreign trade balance, despite the rapid rise in prices for imported energy.

The Czech Republic is second only to Europe in the production of cars. In 2007, the country produced 962,881 vehicles of all categories. The dominant manufacturer is Škoda Auto. For 10 years it has received huge investments from the German concern Volkswagen-Audi Group VAG and gradually became its property.

Bold privatization and the gradual sale of the firm to the German giant played a positive role in the country’s economy. Škoda Auto provides a huge number of jobs – both directly (due to the growth in its production) and indirectly – by providing parts for many other Czech factories. The second largest automaker in the Czech Republic is Toyota Peugeot Citroën Automobile Czech. It produces about 308 thousand cars annually.

In 2009, 975111 cars of all categories were produced in the Czech Republic. The largest share of passenger cars was 970 410 (production growth was 3.2%). Among the states of Central and Eastern Europe, the Czech Republic is one of the most industrialized countries in the world. GDP per capita is $ 22031.

The Czech Republic’s experience shows that bold and rapid reforms contribute to the fact that the country has undergone a transitional period without significant losses. A successful privatization and the use of those opportunities that were at the time of the transformation had a qualitative effect on the economic development of the state. 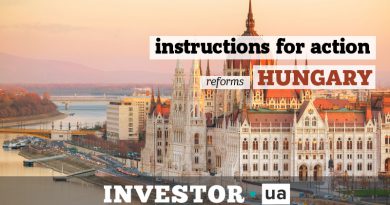 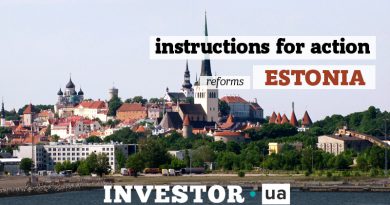